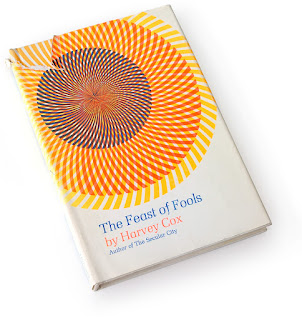 My preliminary foray into Jesus hippy research in 2010 consisted of watching Lonnie Frisbee and Larry Norman videos on YouTube and soaking in the sunny smiles and visionary vibes seen in snapshots from the massive beach baptisms; from my initial impressions, I didn’t fully grasp the tensions between the more conservative trends and counterculture trips. Even the secular hippies shared a suspicion of rational notions of progress and an embrace of romanticized social forms.

According to Shires’ theory, then, the emerging leaders of the new evangelical movements in the 1970s seized this sensibility and were offering young people an “antitechnocratic, non-compartmentalized spirituality” (ch.3), something similar to that sought in the wider counterculture via drugs, festivals, the occult, and Eastern religion. Ellwood eloquently points out how romancing the past enchants hippies and evangelicals: “Reference to an idealized rural past, the days of the ‘old-time religion,’ is as important as the communalistic edenism of the psychedelic culture” (18).

Echoing Shires and Ellwood, Eskridge claims that hippies on both the counterculture and evangelical side shared “a sweeping pessimism about the future” (86). He further explains how “the hippie Christians merely shifted cultural gears” from the likes of the I Ching and Carlos Castenada to “studying the symbolism and hidden prophetic clues in the writings of the Old Testament prophets and John the Revelator” (86). As we know, though, such an intense focus on predicting the End Times, fighting the Antichrist, or anticipating the Rapture remains popular today in religion as well as in the dystopian bent of science fiction films.

In America, fear sells. Despite charges of anti-intellectualism, the Jesus People in general seem to be a well-read demographic. But what books did they read? Eskridge quotes Ellwood, citing: “The book The Late, Great Planet Earth is one of the few volumes besides the Bible found in virtually every movement commune, home, and church parlor. Next to the Scriptures, probably no other book is more read” (Eskridge 86; Ellwood 89). Written in a sensational and accessible style, but dismissed and discredited by scholars, Hal Lindsey’s text as mass-market paperback sold millions, focusing on wars in the Middle East, a coming Armageddon, a violent judgment for the lost, and an eternal peace for the saved. The evangelical Lindsey dismisses religious Leftists as Satanic “ecumaniacs” (172), and the Jesus hippies bought into this. The ecological left that also descended from the hippies has its own versions of emotionally manipulative shock literature. During the last decades of the Cold War, it wasn’t just the parachurch preachers exploiting our fears; the peaceniks did this with anti-nuclear war films.

But why did Lindsey’s “apocaliterature” so capture the imagination of the Jesus hippies? Couldn’t another book have been second-only-to-the-Bible in communal relevance? Another “Jesus revolution” looks like Harvey’s Cox’s Feast of Fools. While the evangelical freaks were feeling the heat of the coming wars and judgments, the life-lovers on the Left were grooving with the gentle jester and festive gestures of the Harvard theologian’s frolic and flow, in harmony with the best of the hippies and protesters, the tendencies Cox defines as the neomystics and militants. As my research intensified, I realized the seminarians were reading Harvey Cox alongside a host of other progressive Christian thinkers and acting on their theologies.

Harvey Cox carried no compulsion to combat the counterculture; he even hoped the church would not contaminate it. Cox charges, “The challenge Christianity faces is how to embrace this spiritual renaissance without crushing it, how to enrich it without polluting it, how to deepen it without mutilating it” (133).  While the evangelicals defended the usual dualities of saved versus damned, outside the world versus in it, Cox encouraged the “verve and brightness” of the neomystics to remain engaged, to “transform celebration into a way of being in the world, not a way of getting out of it” (132). Cox’s books share an eschatological bent with other books of the times, but he embraces the future with fantasy, hope, and humor—inclusive in tone yet incisive with tension. By the 1970s, the evangelicals would be bent on selling their brand of Christianity to the unsaved, while in the 1960s, the ecumenicals embraced secular culture—a church losing itself to find itself, a feast to which all are invited—especially the holy fools.

In Feast of Fools, Cox celebrates forces that were already at work in the late 1960s convergence of counterculture and Christ. The prankster surrealist Jesus practices the timeless theater of the times. Even though the ecumenical Christian student movement of the 1960s had its roots in the liberal church, it cannot correctly be called “liberal”—it turned out much more radical. Ironically, the religious Right also rebelled against the liberal establishment to separate itself into an organized, dominant political force that became powerful within the very power-structure it decries. The religious Left remains interfaith and influential in pop culture, dissenting but disorganized, but experiencing revival in the emerging church.
To go to the next chapter, click here: http://www.presbyhippy.com/2016/08/a-secret-60s-history-of-cookeville.html


If you would like a copy of the complete Banjo & Bread as an Adobe PDF, please send a message to Andrew Smith at:
professor.andy.smith [at] gmail.com with 'Banjo & Bread' in the subject line.
Posted by Teacher Preacher at 6:52 PM