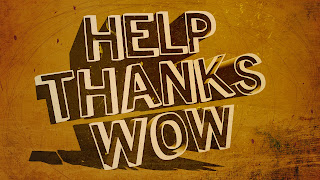 Be careful what you pray for, they say. During prayers one Sunday at a small church like ours, a child started whistling during the quiet time for the private personal prayers that are only on our hearts. As his mother shushed the young boy, he protested, “But Mama, I asked God to teach me how to whistle, and he did.” Be carfeful what you pray for.

For about five years, I have provided pulpit supply from time-to-time at churches around Cookeville but also in Michigan and North Carolina. Not only do I feel called by God into this work, if I am honest, preaching is an opportunity I have prayed for. In the summer of 2015, I had already agreed to preach on a couple different Sundays at a couple different churches. I didn’t know when I said yes to those opportunities, that both would turn out to be the Sunday after another of America’s mass shootings, and I would search for words of comfort and peace. Be careful what you pray for.

When I told Ms. Geeta a few weeks ago that I would preach on Sunday, November 13, I really wasn’t thinking “Oh that is the Sunday after Election Day.” Be careful what you pray for. Now starting next year, I am supposed to preach for you every week, so I really hope that after I get started, you will not all be scratching your heads and saying “Be careful what you pray for.”

Because no matter who wins the presidency, we gather to worship the king. No matter who is our public leader, we have a peronal Lord.

No matter who won, some would be celebrating while others would be hating. Some would be singing while for others the results are stinging. Some people just shake their heads and say, “I have no words.” But for us preachers, having no words has never been an option.

This past Tuesday night, I turned off the television and attended an event called “Election Day Communion” where people who voted for Trump and people who voted for Clinton sat together at a table to share stories and songs and the meal that Christ has prepared for us. Election Day Communions took place all across the USA.
One thing I can say is that anyone seeking to know the savior Jesus Christ is welcome at his table,
young or old
rich or poor
City or Country
Cardigan or camouflage
From a sprawling mansion or from the wrong side of the tracks
liberal or conservative
Out of right field or out of left field or right down the middle of the road
All that or none of the above.

In late October, I attended “worship on the mountain” up in Allardt, and the workshop I attended looked at the lectionary for the Advent season of the church. Strangely the Advent Bible passages are not all gingerbread cookies and peppermints sticks. Far from it. The Advent passages can be terrifying. Today’s lectionary is in the same lane.

Around this time we get into the prophets. And in the gospels, the passages seem obsessed with the apocalypse, with war, with the end of the world.

As Americans in 2016, we get this. When today’s passage in Luke talks about wars and insurrections, plagues and earthquakes, the destruction that is sometimes required to precede creation, we Americans can be like, “I get that.” When the passage in Luke talks about betrayals and family feuds between siblings, against parents, against children, and against friends, we Americans can look at the fights on our Facebook and Twitter pages, we can say to Luke, “I get that.” Just this week after class, a student came to me in tears, saying that a friend of hers could not go home on the weekend because her parents did welcome a daughter who supported a different candidate.

Yet we in the church, we don’t just look on in disbelief at the anger and resentment around us; we look at the family member fighting against family member, and we don’t ignore it. As Christians we refuse to participate in behaviors we believe contradict the teachings of Christ. We are always about the business of hoping, of helping, and of healing.

When the going gets rough and tough, God doesn’t tell us to feel something we cannot honestly feel, but God does tell us what to do. God says give thanks anyways, worship anways, and sing praises anyways. This week, I turned to James 1:2, a verse I had heard preached at a small evangelical church in Cookeville last Sunday: “whenever you face trials of any kind, consider it nothing but joy.”

There’s a lot of hope in the prophet Isaiah, but on the whole, the book is not without the righteous anger and harsh judgments that characterize the prophetic poetry and prose found in the Hebrew scriptures. Now the prophet, the prophet  feels his feelings.

The late great Jewish scholar Abraham Joshua Heschel says “the prophet’s words are outbursts of violent emotions,” a “rebuke” that is “harsh and relentless,” a “breathless impatience with injustice.” What we learn from the prophets is that God is not just concerned with our personal salvation but with our collective repentance and deliverance as well.

God’s command to count our suffering as joy does not mean we suffer alone. If the God we see revealed in the Bible is anything at all, He is a God who is with us in trial and tribulations and in victorious celebrations. God hurts when we hurt and God rejoices when we rejoice.

There was so much worry and anxiety leading up to the Presidential Election that one post I saw called it “pre-traumatic stress.” People who want to be happy and well-adjusted have been taught to reduce stress and treat anxiety as a mental disorder.

But somtimes to be a Christian is to be anxious, to be stressed out, to be maladjusted to the ways of the world. I have been dabbling in a book about the connection between Presbyterian or Reformed theology and the respect for God’s creation called Ravished by Beauty by Presbyterian scholar and writer Belden Lane. In that book I recently came across a passage that made my hair stand up. Lane argues that for our Presbyterian foreparent John Calvin, anxiety is not a disorder. Anxiety is a form of praise.

Not just politics and presidential elections but the cosmos and all creation have us dangling on the precipice of possible destruction. This was the reality for John Calvin, and it is our reality today.

The fear of God doesn’t mean that God is a jerk, but that rather God’s reality is awesome in its beauty and in its terror and that this reality might invoke a healthy respect, a healthy humility, and even a little bit of anxiety. Calvin claims that if we stop praising God, if we stop participating in life, we can at any point be plunged into darkness and disorder. Any semblance of sanity and fragile stability we find in an unstable world is a gift from God. Yes we can with God’s help turn even our anxiety, even our worry, and even our fear into a form of praise.

In the passages that precede today’s reading from Isaiah in chapter 65, the poet promises hunger, thirst, shame, and pain for those who ignore God. Without God’s love, we can just as easily turn our stress and anxiety into arrogance and violence. Yet despite all this terror, despite all this evidence of our personal failings and the chaotic cosmos and freakish cruelty, God is up to something. God is making a way out of no way. God is holding the heavens together. God is turning our fear into praise. For God promises us something else.

A new heaven and a new earth. God is making a new Jerusalem. God is making a new America, too. God promises joy and delight and an end to the weeping and the stress. God promises a long life. When God says the wolf and the lamb shall feed together, he is talking to us. The liberal and the conservative will sit at table together. Our labors, the prophet says, will not be in vain.

The Presybyterian author Anne Lamott says that to pray constantly like Paul instructed, we need just three simple prayers. Help. Thanks. And Wow.

On Wednesday, the the conservatives said thanks, the liberals said help, but we all said wow. Wow, Lamott says, is the mesmerizing and the miraculous but like her we also know it is the tragic and the terrifying. Wow. Whether you are for the next President or against him, he is an unprecedented Wow. The prophet Isaiah gets “wow,” and if you have never sat down and read Isaiah through, it is a great text to work through during Advent, as it is an interlocking puzzle piece that for Christians connects the Old and New Testaments.

I think Abraham Heschel would agree with Anne Lamott when he writes, To pray is to take notice of the wonder, to regain a sense of the mystery that animates all things . . . Prayer is our humble answer to the inconceivable surprise of living.

No matter what we do in the coming days, remember to pray, remember who you are.

The great GK Chesteron said that one of our greatest errors is that we do not know ourselves. Get to know yourself in the coming days.

You are a beloved child of God. Chesterton says that “we have all forgotten who we really are” and even worse “we forget that we have forgotten.” No matter what, try to remember who you are, so then if anybody asks, you will know what to say.

You are a Christian, and you are a Presbyterian.

You are chosen and elected by God’s unimaginable love and grace for great and beautiful things.

The prophet says Be Glad And Rejoice In What God Is Creating. A new heaven and a new earth. Wow. Wow. Just Wow.

In the name of the father son and the holy spirit. Amen
Posted by Teacher Preacher at 8:00 AM No comments: