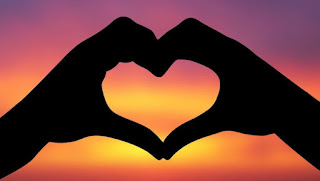 When Christ asks us to love God and love people in Matthew’s gospel, he gives the law of love, even love as the law on which all other laws hang. We saw this godly agape love in Murfreesboro and Shelbyville last Saturday, as clergy and citizens from across our state said no to hate.


Everyone wanted to prevent another Charlottesville disaster (where violent clashes with white supremacists resulted in one death), but we disagreed about how best to prepare. Nobody believed that the visitors from the white nationalist movement could in any way speak for the fine people of the volunteer state. Many people stayed home, storefronts got boarded up, and law enforcement worked around the clock.


Some activists wanted to confront the hate groups (and their so-called “White Lives Matter” event) on the Murfreesboro square. Some pastors preferred prayer vigils to public demonstrations. One group decided to gather in love, in a way that was risky and outspoken but non-confrontational. Members of the latter group delivered large quantities of hot breakfast to feed the various law enforcement officers as they began their long day.


Church leaders were clear in calling for a faith presence last Saturday, under the banner and hashtag #MurfreesboroLoves. Conservative and liberal preachers, tall steeple preachers and small church preachers, Christians across middle Tennessee were united in condemning the message of hate. We were joined by our siblings from other faith communities and by citizen activists from all walks of life, whether devoutly religious or proudly humanist.


This was not my first protest rally by far. But in recent years I have curtailed the activism of my youth, attending fewer events like this than I did before. But last weekend, we felt God calling us into action, much like God called my late father Ken to march in Selma in 1965. We are so grateful we attended the Murfreesboro Loves events that took place away from the square for marches and rallies, a message of love and human rights, without a police presence, without hecklers, without incident.


Our presence in Murfreesboro last week was so strong, so positive, so peaceful, so loving, and so large, that the anti-gospel hate groups cancelled their Murfreesboro rally. The church bells began to ring across the Boro as the news broke on social media, and the entire midstate breathed a collective sigh of relief. Their leaders said it was a “lawsuit trap,” but Cumberland Presbyterian pastor Joy Warren said we were a “love trap.” Love won last week in Murfreesboro.

A version of this first appeared in the Cookeville Herald Citizen newspaper.
Posted by Teacher Preacher at 4:47 PM 1 comment: