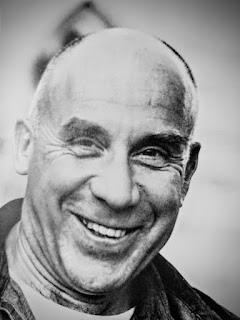 Notes from a Zoom To Gather unchurch Sunday thing on 3.27.2022
---
video from the message part of the gathering: https://youtu.be/T2mP0fzGtMk

Since the One who saves and those who are saved have a common origin, Jesus doesn’t hesitate to treat them as family, saying,

I’ll tell my good friends, my brothers and sisters, all I know about you;

I’ll join them in worship and praise to you.

Again, he puts himself in the same family circle when he says,

Even I live by placing my trust in God.

It was like waking from a dream of separateness, of spurious self-isolation in a special world, the world of renunciation and supposed holiness. … This sense of liberation from an illusory difference was such a relief and such a joy to me that I almost laughed out loud. … I have the immense joy of being humyn, a member of a race in which God as Godself became incarnate. As if the sorrows and stupidities of the humyn condition could overwhelm me, now I realize what we all are. And if only everybody could realize this! But it cannot be explained. There is no way of telling people that they are all walking around shining like the sun.”

As you all know, I have been struggling with my faith for at least the last two years. It’s been a season for me of what many call “Deconstruction.” Breaking up with a blowtorch & a chisel every infrastructure of doctrine, staring into the existential abyss looking for a new understanding of God. I have been dabbling in pantheism & animism, reading Rumi every day. As some of you know, I have been attending a Unitarian Universalist congregation here in Cookeville. But I just can’t seem to shake Jesus.

When we talk about the better world that is possible, the new worlds that is always flowers bursting in the cracked sidewalk, the new world being born in the shell of the old, the old school Christian tendency is to call that real & dreamed, that already & not yet place, they call it the Kingdom of God or the reign of God.

For years, I have been much more familiar & friendly to MLK’s paraphrase: the Beloved Community, a term Martin actually borrowed from Josiah Royce. So who is Jesus in the Beloved Community. Late last year I wrote a blog that Jesus really isn’t King, & that is a good thing. In the days since, I have started identifying as Christian-adjacent, finally surrendering to the spiritual-but-not-religious trajectory I had already been on for some time; but what is the place for Jesus in my new expansive ecumenical space?

I am not seeking new gods; in fact I am done with Gods altogether, at least in the toxic or coercive or codependent micromanaging authoritarian sense that too many power-hungry preachers & teachers prefer. So I had an epiphany reading Merton’s epiphany!

Jesus is our brother, our sibling, our colleague, our comrade, our fellow traveler & co-conspirator in the subversive nonviolent revolution. No thrones or titles required, only endless banquet tables & a radical redistribution of resources so all are fed. Maybe Jesus as sibling really is the new thing. No oaths or vows or promises required, just a baptism into this merry band of rabble.

“The free choice of global suicide, made in desperation by the world’s leaders & ratified by the consent & cooperation of all their citizens, would be a moral evil second only to the Crucixion.” - Merton, from “Peace: Christian duties & perspectives”

If I am honest, I don’t think most Christians or churches believe or teach that the Crucifixion was a moral evil. I think too many teach a transactional cross, where a masochistic sadistic caricature of God simultaneously commits suicide & kills God’s son. In all the metrics of atonement theory, the cross is a bet & a bargain, with God, with the devil, with the future of all humanity.

But what if the cross was just the electric chair of its era. What if the cross is as I have been told by historical theologians more well-read than me, a terminal torture technique to intimidate subversives & seal submission to empire.

If the cross is an evil of the magnitude that Merton describes, it is recognition of the execution, of the lynching, of the authority-sanctioned brutal killing that crucifixions in the first century are reported to have been.

For me this last month, the war has been reconverting.

From the whispers on the news of an imminent invasion, to waking up to Putin’s creepy announcement on Thursday, February 24th, to seeing the cruelty & the carnage of a full scale air & ground invasion & the continued human cost as the war enters its second month.

My frail & fragile & probably futile searching for hope, it can grasp for hot takes on hot war & cold war, but might also seek solace outside the steady chatter of the commentariat.

Politics pretends to use all this force as its servant, to harness it for social purposes, for the “good of [humanity].” The intention is certainly good. The technological development of power in our time is certainly a challenge, but that does not make it essentially evil. On the contrary, it can be and should be a very great good. In actual fact, however, the furious speed with which our technological world is plunging toward disaster is evidence that no one is any longer fully in control --and this includes the political leaders.

A simple study of the steps which led to the dropping of the first A-bomb on Hiroshima is devastating evidence of the way well-meaning men, the scientists and leaders of a victorious nation, were guided step by step, without realizing it, by the inscrutable yet simple “logic of events” to fire the shot that was to make the cold war inevitable and prepare the way inexorably for World War III. This they did purely and simply because they thought in all sincerity that the bomb was the simplest and most merciful way of ending World II and perhaps all wars, forever.

The tragedy of our time is then not so much the malice of the wicked as the helpful futility even of the best intentions of “the good.” We have war-makers, war criminals, indeed. But we ourselves, in our very best efforts for peace, find ourselves maneuvered unconsciously into positions where we too can act as criminals. For there can be no doubt that Hiroshima and Nagasaki were, though not fully deliberate crimes, nevertheless crimes. And who was responsible? No one. Or “history.” We cannot go on playing with nuclear fire and shrugging off the results as history.

It is well understood on both sides that atomic war is purely and simply massive and indiscriminate destruction of targets chosen not for thie military significance alone, but for their importance in a calculated project of terror and annihiliation.
Posted by Teacher Preacher at 3:41 PM