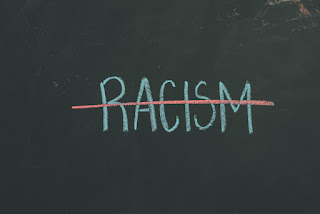 Cure Every Disease - a sermon for the Second Sunday After Pentecost, in the time of pandemic - preached by Andrew Smith for the Blue Spring Presbyterian Church & visitors online, from his home on June 14, 2020 (text: Matthew 9:35-10:8, Cotton Patch version, year A)

Audio link -- audio cuts off right before the end of the message, manuscript is below: https://soundcloud.com/andrew-william-smith/cure-every-disease

This time last summer, our family’s annual time off was consumed by concerts, and when we came home from a show near Niagara Falls, New York, we found that lightning had struck one of our trees, a large branch fell, which in turn crushed our roof, doing thousands in damage to our Cookeville home.

During the rehab, we were reminded that there are flaws in the foundation of our home. These have not been fixed, only covered up. But not every problem should be dealt with this way.

In medicine you might know the difference between a treatment and a cure. A treatment improves the quality of a the patient’s life, while a cure would completely remove the disease. We don’t yet have a cure for Covid 19, and we are only improvising the treatment. And the last three weeks have reminded us with the lightning strike of unrest, of other diseases that have always existed in America: racism and injustice.

According to scholars, racism is not the same thing as bigotry, not even simple discrimination. Professors have come to understand racism as an interlocking institutional system, that places one race above another. In religion, we break it down more simply. Racism is a sin.

Whether system or sin or sinful system, it’s this racist reality, not merely the actions of four Minneapolis police officers, that has reverberated throughout our land, as our culture confronts itself in grief, in anger, and in love.

Today’s gospel text touched a nerve in me as I could not read it outside of current events in our country, but also my life, as I have been involved in this new protest movement in Cookeville and online, not only for justice for George Floyd, but justice for all. This is the message God placed on my heart. As I share my story, you may want to contact me later with your story, as we walk through this time together.

Casting out demons and curing all diseases comes with a cost. The conclusion of today’s text says something scary: families will fight among themselves, some of us will be dragged before the authorities, some will be hated, some will even be killed. Brother against brother, children against parents, death and hatred and more death.

Such division or conflict, I pray that is not the case for us, in our congregation learning from and leaning on the witness of our denomination. This is who we are, Presbyterians, reformed and still reforming. Not just our church’s constitution and more recent confessions like Belhar, but also our lineage in the United Presbyterian Church (the former ‘northern’ church) here in Tennessee, which received Blue Spring back in 1906; this means that our denominational history in the last century was already with justice and reconciliation, not with upholding segregation.

This history gives us an opportunity to be connected to our unique witness to the inclusive Christ in our time and place. Like one of my predecessors up on the plateau, I’ve been moved to be an example for how this gospel witness for racial justice plays out in more practical, personal terms.

Back in the summer of 1946, exactly 64 years ago this summer, the Rev. Eugene Smathers, farmer and pastor and former moderator of our national denomination, faced a serious situation at Calvary Church in Cumberland County. That summer the church hosted an interracial work camp, and yes I said an interracial church work camp in Crossville in the 1940s. As you can imagine, it did not come off without incident, as they had to fend off mobs and night riders, at a time when the toxic mix of hate and alcohol often led to lynchings throughout the South. A furor erupted at Calvary Church because these work camps had socials at night for the local young people to mingle with visitors.

The night riders came. The mob shouted and cursed and hurled racial slurs against the guests. They were angry at a black man for dancing with a white woman. But they also had choice words for the preacher, giving him an extra helping of curse words. But Smathers and his friends protected their black guests and eventually, the mob moved on.

Another potential conflict came 8 years later at another work camp, when a similar situation transpired. Andy McCullough was a college football player from Michigan; 225 pounds of muscle, six feet tall. He was also polite, cultured, educated, and a gentleman. But Andy McCullough was also black, and that did not stop some of the white girls from Crossville from wanting to dance with him.

The Reverend Smathers wanted to prevent a mob from riding like last time. The sheriff promised no protection, saying simply, “get him out of here.” So after some negotiation with the sheriff, they deputized another citizen to provide security for the work camp.

In fact, for the duration of the work camp, different church members and citizens sat guard around the clock. Though occasionally drunken rowdies would drive by with the usual insults and curse words, the rest of the camp was a success, and before leaving, young Andy McCullough spoke to the church members, saying this was one of his life’s greatest experiences.

If Gene Smathers could confront racial divisions in the 1940s and 1950s, we certainly can confront whatever problems we face in the 2020s. And as reformed Christians, we have a particular place in our tradition from which to address the disease of social sin. As Presbyterians, we descend from Calvin, who said, “We are all sinners by nature; therefore we are held under the yoke of sin.” Indeed Paul reminds us, “But God proves his love for us in that while we still were sinners Christ died for us.”

As I see it through the lens of my faith, this protest is not some strange paradigm where one group is all bad or another all good, not good guys or bad guys at all. A disease has run rampant, and love is the cure. It is everybody against racism. We are not bad people becoming good, but sick people becoming better.

The blood of Jesus covers it all: protesters and police, Klansmen and Antifa, we could just go on. Yes the burden of the cross compels us to carry ours, giving up on perfection, listening to others, learning as we go. Repent, repair relationships, and finally, lean into the redemption found in the Beloved Community.

When all this is seen as a sinful system, we have no enemies but evil itself. No matter what frustrated people say online, we can avoid the perpetually personalized pitfalls of call-out or cancel culture and constant appeals to self-righteousness. Even our Jesus resisted this self-aggrandizement in a verse that we never seem to quote enough, Mark 10:18: “Jesus said to him, ‘Why do you call me good? No one is good but God alone.’”

We need a treatment and a cure: to speak the truth in love, to challenge the illness of injustice while also respecting the integrity of each person. The cure is Christ’s unconditional love, played out in the gospel commitment to peace, reconciliation, and justice. And this is not a bad thing, even if it is sometimes a little scary.

Even amid the high drama of our gospel theme, what is wrong cannot stay wrong forever. “As you go, proclaim the good news, 'The kingdom of heaven has come near.'”

Because even as we battle these demons of division and destruction -- within ourselves, our community, and our world -- God’s true kingdom or Beloved Community is always right there, right now, in the middle of human misery, welcoming the eternal majesty.

From Paul to the early church to the reformation to the troubles of the last century to our struggles, the reign of our Redeemer always empowers prophetic disciples, rejects evil, forgives wrong, arbiters justice, and seeks reconciliation. Always reforming, always repenting, always redeeming, always returning to our human family, where we are at once broken yet eternally bound together.

Posted by Teacher Preacher at 3:37 AM