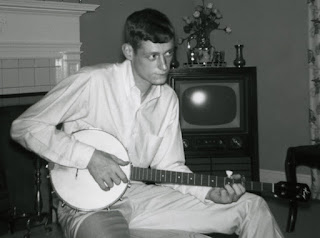 There’s something special about Nashville—not its current hipster hype and hyper-gentrification. There’s something special about Nashville—in its Bible Belt collision with all the best of the American cultural revolutions in the last half of the 20th century. The city that was called the “Protestant Vatican” could be portrayed as a purely conservative hub, a somewhat citified mecca in the vast landscape of rural fundamentalism, but Nashville’s musical nature and diverse religious population never adhered to such rigid normativity. The city always had its share of religious renegades and agile agitators.

There’s something special about Nashville and the 1960s—the beloved collision of forces for good: black and white college students from the likes of Fisk University getting trained for the lunch-counter sit-ins under the leadership of preacher and Vanderbilt Divinity School student James Lawson; the underground of outlaw country musicians like Kris Kristofferson getting nurtured by the likes of a bootleg Baptist preacher named Will Campbell who could befriend both Martin King and the Klan; the artfully-crafted national magazine motive, produced by the United Methodist Church’s Board of Higher Education, mingling counterculture scents with New Left incursions and Radical Theology subversions. While much of our tale transpires in Cookeville, we cannot get there without first passing through Nashville, because that is where Tennessee kicked off the 1960s in bold relief as the sit-ins to desegregate downtown Nashville were the spark that kindled the coming flames of a turbulent decade. In early 1960, Bob Lewis was a 24-year-old seminarian from Nashville with a history degree from Peabody College. Like many of his predominately white peers at the Divinity School, Lewis was not a die-hard participant in the movement, but also like other white people of conscience, he was deeply moved by what was happening in the movement. Indeed, it’s difficult to imagine some of the radical changes that transformed the Christian white youth culture in the 1960s without the inspired impetus of the black civil rights movement.

Like the city and country that watched Nashville face the demons masquerading as decency, Lewis was shocked by the rank-and-file white response to the sit-ins. In a review of David Halberstam’s epic chronicle of the Nashville movement called The Children, New York Times reporter David Oshinsky details the distinction between the protesters and their opponents: “Dressed impeccably, carrying books to read, they endured the abuse of the white hoodlums who poured ketchup over them and crushed lighted cigarettes into their necks.” Bob Lewis reflects some 55 years later that seeing the violence of the whites and the Gandhian self-discipline of the students changed his heart.

When a lawyer who supported the students and their leaders had his house bombed, Martin Luther King came to Nashville and spoke at Fisk University. Hearing King was another turning point for Bob Lewis. Stories of the sit-ins even reached an impressionable high-school student. Calvin Kimbrough recalls, “So one way that I would begin this story is that growing up in Nashville, I had the great grace of having a Sunday school teacher who actually tried to teach us about what the sit-ins were all about in Nashville.” Even though the white community in Nashville included the same ilk of racists seen elsewhere in the south, other white folks—preachers, students, journalists, and citizens—were converted by the witness provided by their black brothers and sisters. One of those white allies was the renegade Baptist Will Campbell, whose remarks about entering the kingdom are profoundly echoed by author, congressman, and civil rights pioneer John Lewis, who described the Nashville movement as part of the coming Beloved Community already realized, as “nothing less than the Christian concept of the kingdom of God on earth” (qtd. in Cass).  To the enlightened Christian radicals of the 1960s, this kingdom and community had no boundaries; as our story will reveal, it even extended 80 miles east to the small college town of Cookeville.

On his first day at Tennessee Tech, Calvin met his life-long friend and collaborator Dave McIntyre, who thought Calvin, even though coming from Nashville, represented the “epitome of a Tennessee country boy, banjo in hand.” Of course by September 1964, the banjo didn’t just represent the traditional music of Appalachia but also the new folk music of the revolution. For Calvin and others, it was the teaching tool of the icon who told us what it was like to have a hammer and a bell, the profoundly important Pete Seeger.  For young Nelia Tripp, she encountered a beloved collision at the intersection of the white and black communities in the town of Lawrenceburg, just north of the Alabama border. She remembers, “This movement began in my early childhood because I grew up on a street in Lawrenceburg, Tennessee, where the white community ended and the African American community began. And our house was the second house above the big hedge that separated the two communities.” This proximity for Nelia eroded the chasm of segregation and nagged her young conscience. She explains, “The African American community below that hedge—people literally lived in cardboard and paper shacks. There was, however, a hole in the hedge, and the children would move back and forth between the communities and play together.” Nelia Tripp left Lawrenceburg for Cookeville, in part to follow a fellow high-school-cheerleading friend and in part to flea her extended family’s urging to attend Peabody College to live with her family’s lineage in a Confederate dorm. Nelia reflects, adamantly: “And it was just like ‘over my dead body, I’m not going there and living in the Confederate dorm!’”

Just after Divinity School, Bob Lewis became a United Methodist minister and had a short call to a church in Bell Buckle as well as the Webb School, but the regional bishop found him a better fit as the campus minister at Tennessee Tech in Cookeville. Like the colliding forces that made Nashville an unlikely nexus for cultural revolution in the south, some modest collisions provided for the even more unlikely undercurrent of change in the remote college town of Cookeville. For people who place some faith in providence, though, the collision course that brought our cast of characters to Cookeville turned out to be a sacred synchronicity that nurtured the work of the kingdom in the context of campus and small community.

Nelia Tripp, Calvin Kimbrough, Bob Lewis, and Dave McIntyre all arrived in Cookeville and Tennessee Tech from different places, but their plans converged. Calvin “came to Tennessee Tech because it was inexpensive and I could get in” and considers it a “great grace” that Bob Lewis showed up around the same time. Looking back on the years of ministry, art, and activism, Calvin suggests, “Our human efforts—Wesley Foundation, Patchwork Central, the Open Door—feeble as they are, are attempts to be reconciled in Christ and to enter Jesus’ Beloved Community.” As some communities disperse, other communities unite. Beloved collisions sometimes seed the always already (and necessarily not-yet) of God’s Beloved Community.

Posted by Teacher Preacher at 6:36 PM